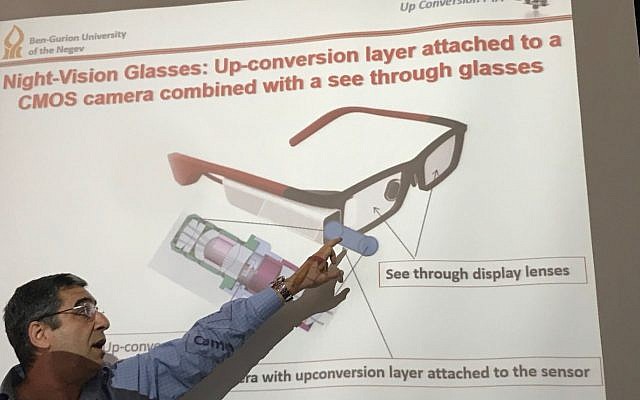 Researchers at Ben-Gurion University of the Negev say they have developed low-cost infrared sensors that can be used to create the world’s thinnest night-vision glasses as well as revolutionize smartphones and self-driving cars.

Prof. Gabby Sarusi, faculty member in the Unit of Electro-Optical Engineering and the Ilse Katz Institute for Nanoscale Science and Technology, has developed a stamp-like device of which one side reads 1,500-nanometer infrared wavelengths, and converts them to images that are visible to the human eye on the other side of the stamp. This stamp — basically a film that is half a micron in thickness — is composed of nano-metric layers, nano-columns and metal foil, which transform infrared images into visible images. 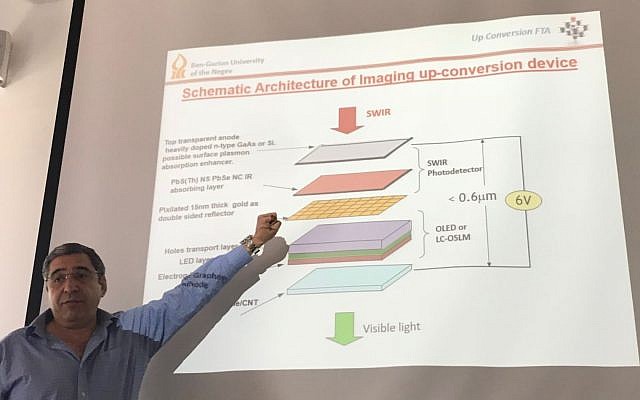 The technology could help replace the heavy night goggles used by soldiers with lightweight, low-power consumption glasses, he said. The technology relies upon  nanotech and physics, with the only electronic component being a small battery, he said.

But there are wider and even more interesting applications to the technology, Sarusi said, like in the area of autonomous cars. Such a device could be used on sensors for autonomous cars to improve vision, by converting infrared light into visible light and allowing better vision in fog and darkness.

In addition, infrared sensors are not affected by sunlight, something that confuses today’s regular sensors.

“This technology will enable the creation of low-cost, down-to-earth IR sensors that can be used in mass production,” he said.

“This is a revolution because for autonomous cars, costs are important,” Sarusi said at a press briefing with journalists recently.  Sensors are an essential component of self-driving cars, he said, and they need to be inexpensive. The film could be used on the cameras that help autonomous cars to “see” better as well as on the LIDAR sensors that are used by these cars navigate the streets.

A third application for the technology, Sarusi said, would be in smartphone cameras, to enable all kinds of new infrared vision effects.

The university is already at the stage of licensing out the technology and setting up a startup to further develop the product, he said. It will take some two years until the product reaches commercialization, he estimated.

Sarusi exhibited his technology during a press tour organized by the university last week, in which researchers showcased their coolest developments, which also included small, pollinating drones to make up for a lack of bees; wall-climbing, spiderlike robots for search and rescue operations; fruit-picking robots, and driving simulation scenarios and techniques to prepare for autonomous driving. 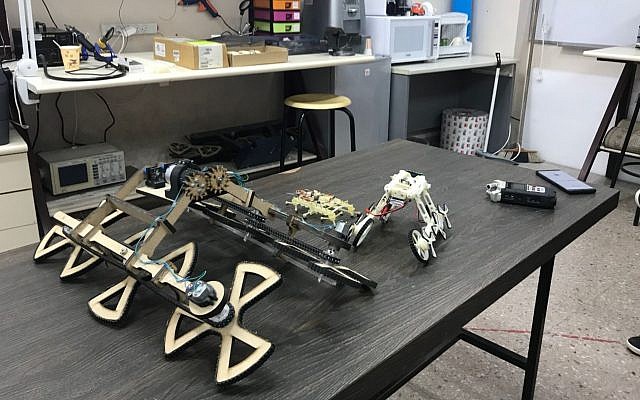 With 20,000 students and a push to recruit an additional 5,000 over the next five to seven years, the Beersheba university plays a key role in helping transform Israel’s largest city in the Negev into a tech center.

Adjacent to an advanced technology park, and interacting with army intelligence units that are soon to relocate to Israel’s south, research developed at the university is set to be the fulcrum of startup and military tech activity.