When Apple introduced the iPhone 7, it removed the headphone jack. Apple spun it as a win for consumers who could now use wireless headphones (preferably Apple-branded AirPods) for a better overall experience and no more tangled wires.

Israeli startup Noveto wants to go one step further, eliminating headphones entirely with a new technology that beams the sound from your device directly into your ears. Noveto essentially has invented the virtual headphone.Noveto uses a system of sensors similar to those in the latest iPhone X, which unlocks your phone using facial recognition rather than password or finger recognition. (Reportedly, Apple’s Face ID software was built by Israeli company Realface, which Apple acquired in February 2017.)

Using its own algorithms, Noveto finds your face and calculates the distance to your ears (they don’t have to be visible) and a specially developed tiny speaker focuses the sound there. Move your head and the sound follows you. No sound leaks out to disturb your neighbors.

There are some limitations on how much you can move. So sports like jogging or skiing are out. Instead, Noveto is concentrating on three business opportunities. 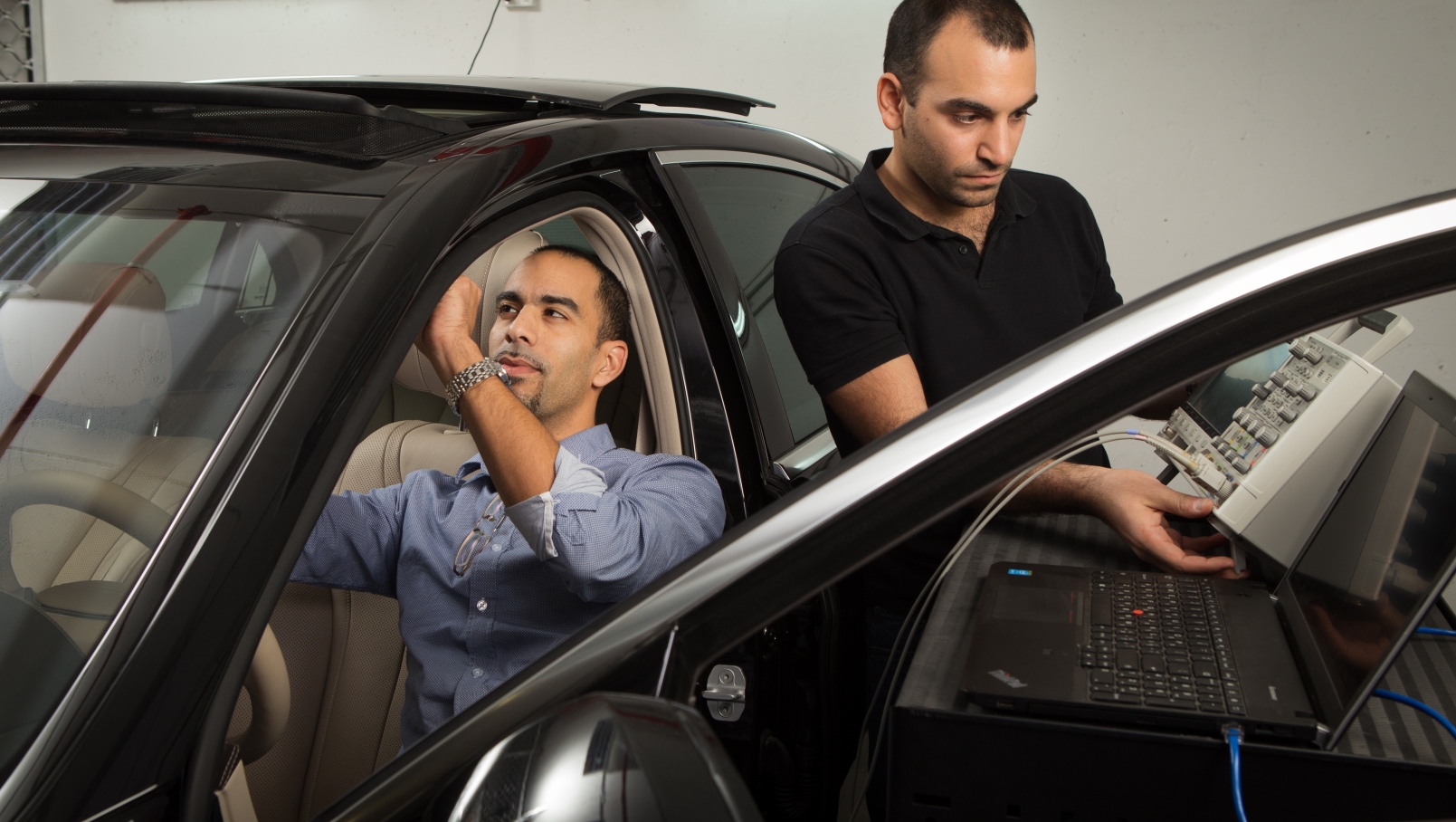 Noveto engineers testing the system in a car.

Noveto can do more than just manage entertainment. “Let’s say a pedestrian jumps into the road in the driver’s blind spot,” Babayoff continues. Noveto broadcasts in the audio equivalent of 3D, so an accident warning signal can be perceived by the driver exactly where it is in space – for example, the front right of the car.

As Babayoff points out, “Our body’s instinct for security is based on audio.” In the savannah, we listened for lions before we saw them.

Because it’s already tracking your face, Noveto could potentially support hand gestures to place phone calls, shuffle music and perform other functions that currently contribute to “distracted driving” — in light or dark conditions.

There are also benefits for the coming wave of virtual reality applications. “If someone is creeping behind you in a game, you want to know that,” Shani says. Noveto adds the audio cues. And if you turn your head, the audio will move with it. Current VR audio systems can’t locate sound in 3D space.

Noveto has taken its technology (the official name is Sowlo, a mashup of “solo” and “owl” – the animal known for its excellent hearing) farthest in the automotive space.

After displaying an early version of its device at the 2016 Consumer Electronics Show in Las Vegas, German car giant Daimler was so impressed it invited Noveto to join its “Startup Autobahn” accelerator. Noveto also won a “best in show” award at the 2016 Mobile World Congress in Barcelona.

Babayoff and Shani envision the technology becoming an integral part of smart homes. Noveto “speakers” could be hidden around the house – next to or behind pictures on the wall, for example – so that the sound from your computer, mobile device or Amazon Echo follows you everywhere.

While watching TV, each person could have the audio beamed directly to his or her head – no more frustrated neighbors telling you to “turn it down!” And if one person is hard of hearing, his or her audio could be boosted without blasting everyone else. Multiple language audio could be supported.

While the 12-person Petah Tikva-based company has raised $9.5 million since it was found in 2011 (including $2.5 million in December 2017), Shani estimates Noveto will need another $30 million in the second half of 2018 to commercialize its products.

There’s also concern about the price of the device. Currently around $200 per installation, that’s expensive for consumers used to picking up $20 headphones from China, and even more for automakers who pinch every penny to keep costs in check. But the price will come down.